Posted on October 30, 2013 by epicnationtickets 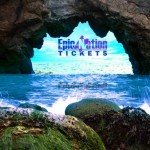 A band that was most popular in the 1990s is back at it again with an upcoming tour. The Pixies, one of the better Indie Rock bands of the last 25 years is hitting the road again with an international tour that will bring them to the United States in 2014. The anticipation for this upcoming Pixies tour will be very high, thus Pixies tickets are sure to be in high demand. As is the case for all other concert tickets, Epic Nation Tickets is offering low priced Pixies tickets for all upcoming North American shows in 2014.

The Pixies are an alternative rock band formed in 1986 in Massachusetts. Black Francis, David Lovering and Joey Santiago are current members of the Pixies. The Pixies have been very successful in many European countries while also being a mainstay on indie rock charts in the United States. In the past, the Pixies world tours have been a huge success often selling out many venues across the world. In order to secure Pixies concert tickets, music fans are encouraged to use Epic Nation Tickets.

The Pixies will be start the North American trek of their world tour on January 15, 2014 in Toronto. From there The Pixies will travel to such cities as Montreal, Philadelphia, Pittsburgh, New Haven, Durham, St Louis, Atlanta, Detroit, Chicago, Seattle, Las Vegas and Austin. The Pixies often play at very small intimate venues when on their concert tours. For that reason, tickets can be hard to come by for some shows. Pixies tickets are now available for most shows at Epic Nation Tickets.

Epic Nation Tickets is the number once source for tickets to sports, concerts, Broadway shows and Las Vegas acts. All ticket transactions come with a 125% guarantee, little to no surcharges and more.