Posted on June 14, 2013 by epicnationtickets 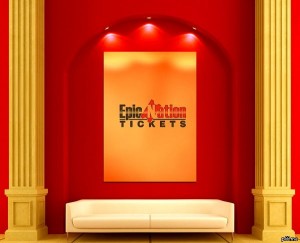 The hottest concert of the summer is just a little more than a month away from trekking across North America. Jay-Z and Justin Timberlake have long been musical allies, but this summer they will be on stage for the first time in a major stadium tour. Fans of musical genres have been awaiting this amazing concert for years and finally are getting what they have wished for. Tickets to these shows are few and far between but Epic Nation Tickets has released a large supply of inexpensive concert tickets to all shows.

Effectively known as the “Legends of the Summer Tour”, the collaboration of these two has been one that music fans only dreamed of just a year ago. After returning to music after a six year wait, Justin Timberlake released “Suit and Tie” with some help from Jay-Z. Once those two were on the same song, many people openly wondered whether or not they would travel together. It was then announced that Jay-Z and Justin Timberlake would travel around North America for 15 shows in huge stadium venues in some of the United States and Canada’s most popular cities.

Cheap tickets to see Timberlake and Jay-Z were a pipe dream until Epic Nation Tickets released the most affordable tickets to all shows. For those wanting to witness this greatness up close and personal, Epic Nation Tickets also has in stock a large supply of premium concert tickets for all shows. It is suggested that fans don’t wait too much longer to get their tickets, as many shows will sell out for this once in a lifetime show.

Justin Timberlake and Jay-Z will open their tour in London on July 14 and then travel to the Rogers Centre in Toronto, Canada followed by stops at Yankee Stadium in New York, Fenway Park in Boston, Soldier Field in Chicago, San Francisco, Detroit, Miami and the Rose Bowl in Pasadena, California. Concert tickets to all shows are currently listed at a discount price on Epic Nation Tickets.