Posted on October 19, 2013 by epicnationtickets 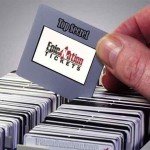 One of the legends of country music is getting ready for his last cross country tour beginning in January of 2014. George Strait, more affectionately known as the “King of Country”, will begin the second and final leg of his farewell tour on January 9, 2014 in Bossier City, Louisiana. Many country music fans will be clamoring to see “King George” one last time on stage, which is why it is imperative to purchase cheap George Strait tickets now from Epic Nation Tickets.

As this is the second leg of his final tour, many country music fans may have to travel to see George Strait. George Strait will be visiting such cities as Austin, Omaha, Kansas City, Newark, Los Angeles, Las Vegas, Philadelphia, Louisville, Nashville, Portland, Baton Rouge and more. Do not miss this last chance to see George Strait live in concert. Epic Nation Tickets has a limited selection of George Strait concert tickets remaining for all shows.