Cheap Tickets for the PGA Championship

Posted on August 4, 2013 by epicnationtickets 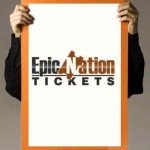 The world of golf was abuzz after Phil Mickelson’s miraculous Sunday round at the 2013 Open Championship, where Phil came out of nowhere to claim the Claret Jug. The 2013 PGA Championship will feature the world’s best golfers including Mickelson, Lee Westwood, Luke Donald, Ian Poulter, Brandt Snedeker, Rory McIlroy and still world #1 golfer, Tiger Woods. Many golf enthusiasts are now worried that Tiger Woods will not beat Jack Nicklaus’ major record of 18. After Tiger’s struggles near misses at the Masters, US Open and Open Championship, this will be his last try at getting his 15th major. For practice round, weekly passes or just weekend passes, Epic Nation Tickets is offering discounted PGA Championship tickets for a limited time.

Epic Nation Tickets is the most complete source for tickets to sports, concerts, Broadway shows and Las Vegas acts. All ticket transactions come with a 125% guarantee and impeccable customer service. Those interested in the PGA Championship may also want to check out the incredible deals for the upcoming PGA Fed Ex cup and the season ending Tour Championship.