Posted on June 19, 2013 by epicnationtickets 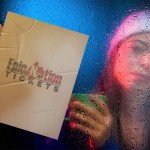 One of the most anticipated tours of 2013 begins this week, as One Direction starts their North American tour. The English-Irish pop boy band got their start in 2010 and has become a sensation in just a matter of a few years. Many of their North American concert stops sold out of tickets as long as one year ago. The demand for One Direction tickets was sky high when it was announced in mid-2012 that the band was coming to the United States.

One Direction blasted onto the scene in 2010 as a part of the reality show, “The X-Factor”. That bolted them into the limelight overseas. The fame and success of their first two albums began a “British Invasion” into the United States. In 2012 Billboard named One Direction, “Top New Artist”. Ever since tickets went on sale across the United States and North America, fans have been anxiously awaiting the arrival of the tour and here it finally is. Concert tickets to all One Direction shows have been deemed some of the scarcest tickets to find. Epic Nation Tickets luckily has just recently released a large supply of premium tickets to all shows. Compared to many other brokers, Epic Nation Tickets offers cheap discount tickets to all shows as well as amazing tickets up close to the stage.

This incredible tour began in Sunrise, Florida and travel to such cities as Miami, Dallas, Raleigh, Las Vegas, Dallas, Washington DC, Philadelphia, Los Angeles, Pittsburgh, Houston, Atlanta and more. No matter where or when the show is, Epic Nation Tickets has affordable tickets to all shows. One Direction tickets would make the best gift or perfect date night as their shows are to entertain all ages. Buying tickets has never been easier, than they are at Epic Nation Tickets.

Epic Nation Tickets prides itself in being the best source of premium and cheap tickets to all sports, concerts,Broadway shows and Las Vegas events. All transactions are 125% guaranteed. The highest compliment you can give us is a referral.